Because our master planned community is so large and full of diverse geography, we provide our homeowners and potential home and lot buyers information about flood zone designations in our community.  You can click on the image below to see an official flood zone map of our community.  We have also listed flood zone facts below for your information. 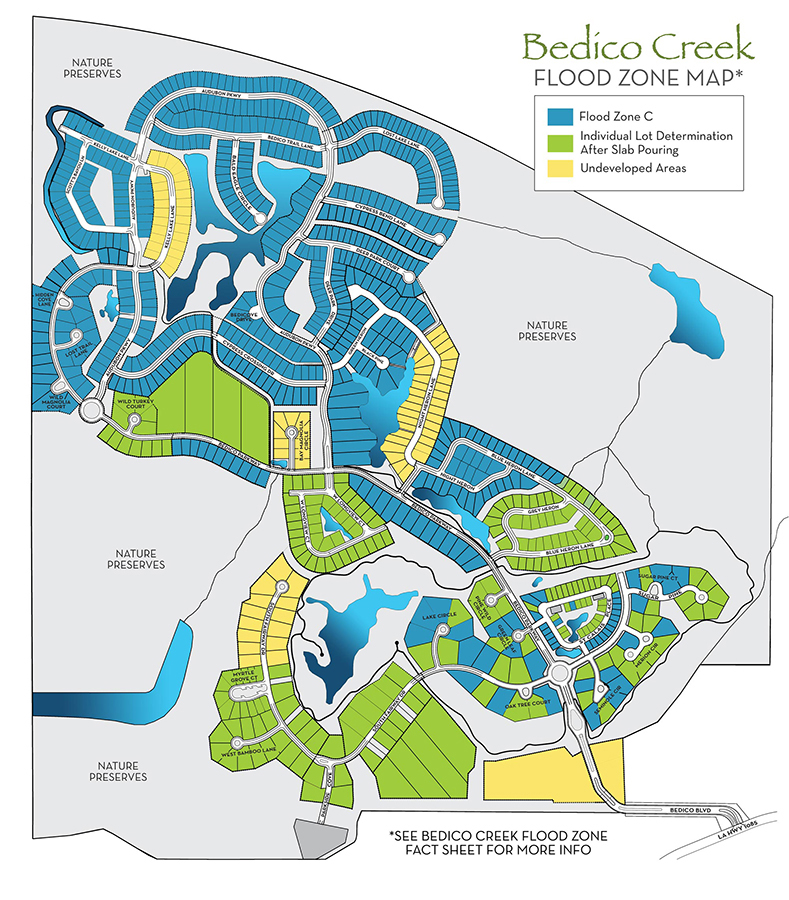 Click Here to View a .PDF of the Flood Zones at Bedico Creek!

Bedico Creek Was Deemed Out of the Flood Zone by FEMA.
The New Map Changes Positively Impact Bedico Creek!

Land Elevations in Bedico Creek Are at 18 Feet to More Than 25 Feet Above Sea Level.

To Summarize the Facts:

All lots in Bedico Creek are either out of the flood zone, will be out once new maps are adopted, or can easily be removed from a flood zone, making flood insurance premiums both an ‘’elective” and “inexpensive” choice.