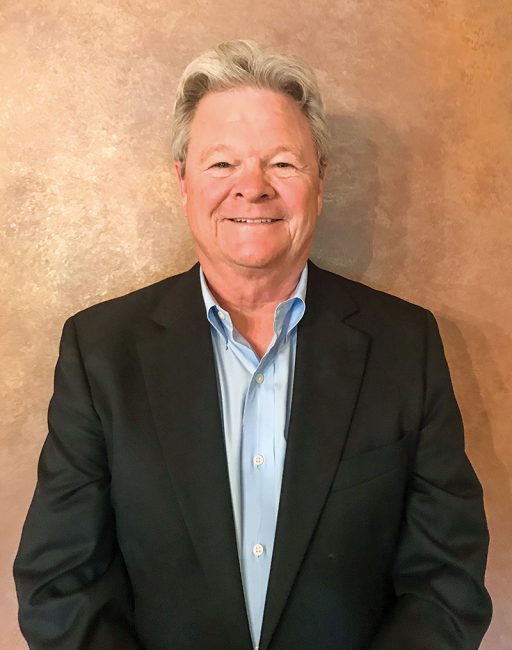 ULI: How did you get started in real estate development?

DW: I’ve always been involved. Two generations of my family were successful real estate developers before me. My father, Henry “Hank” Waltemath, carved out many of the major neighborhoods in Algiers on the Westbank of New Orleans.

Today, I’m proud to say, we have a fourth generation involved in our developments. My son, Scott Waltemath, has a passion for development. He serves as Director of Builders and Lot Sales on our projects. My daughter, Kelly Waltemath, is a recent LSU graduate and is already a multi-million dollar producing Realtor® with Keller Williams New Orleans. She is Director of New Construction and Resales for our group and also lists private homes on both sides of Lake Pontchartrain.

I shouldn’t omit my wife, Kathy, either. She has made way too many civic contributions to cover, including past president and board member of the Louisiana Children’s Museum, which she helped found. Community involvement should not be under estimated.

ULI: When did you realize you’d become a successful developer yourself?

DW: There’s always a defining moment in every career, I suppose. Mine occurred in 1986 when I assembled a partnership to develop English Turn on the Westbank. USF&G Chairman Jack Moseley helped us create the PGA’s New Orleans tour stop, the USF&G Golf Classic. Golf legend Jack Nicklaus, Bob Sierra, and their team pulled the golf course together. Cap Caplinger designed a beautiful land plan for the community.

Ironically, I’d never picked up a golf club until I started working on English Turn.

ULI: Scott, tell us about some other projects your team has been involved with.

SW: Right now, we have a successful master-planned community, The Parks of Plaquemines, on Woodland Highway in Plaquemines Parish and another new one in the same area, Cypress Park, under development for 2018.

Bedico Creek Preserve in Madisonville has been a landmark project for us. It was originally a failed golf community. Our team re-envisioned the initial plan and bought the failed operation. We replaced the course with more than 500 acres of permanent nature preserves, paved walking/hiking trails, parks, lakes and green space. The past three years, we’ve been smashing home sales records on the Northshore. At year-end 2018, we were selling 129% more homes than our nearest competitor! We have more than 400 homes completed or under construction. Bedico is undoubtedly St. Tammany’s most successful real estate turnaround ever.

We’ve had other successful developments post English Turn like The Estates of Northpark in Covington, The Highlands of Santa Maria and Green Trails in Baton Rouge, plus Punta Gorda Harbor in Charlotte County, Florida. The company has done some commercial projects, as well (Chevron, Entergy, Conoco buildings at The Timbers office park on the Westbank).

ULI: Kelly, what do you believe has made Waltemath Interests so strong?

KW: We have generations of experience. Falling back on that is simply priceless.

Dad has a genuine, innate sense of what will sell and what makes a viable project. He always gives buyers the long-term investment potential they’re looking for. He watches the market stats and stays on track fiscally, not over-building or under-building. I’d say he has an amazing talent for staying on budget, while still creating a community where people truly enjoy living. He wants our work to make the entire area a better place than before we built it.

I also think it’s important to note that Dad knows how to build a team. Our projects encompass the cooperation of local Realtors and the construction pros building the homes. A standout community must ultimately be lucrative for everyone involved. He has also assembled a talented team of experienced marketing, communications and online specialists who unfailingly make us look terrific in the media and online.

Rest assured, at Waltemath Interests, there’s a carefully-considered plan behind the magic.